Neo-Insurers in Asia; an analysis of the full stack InsurTech approach 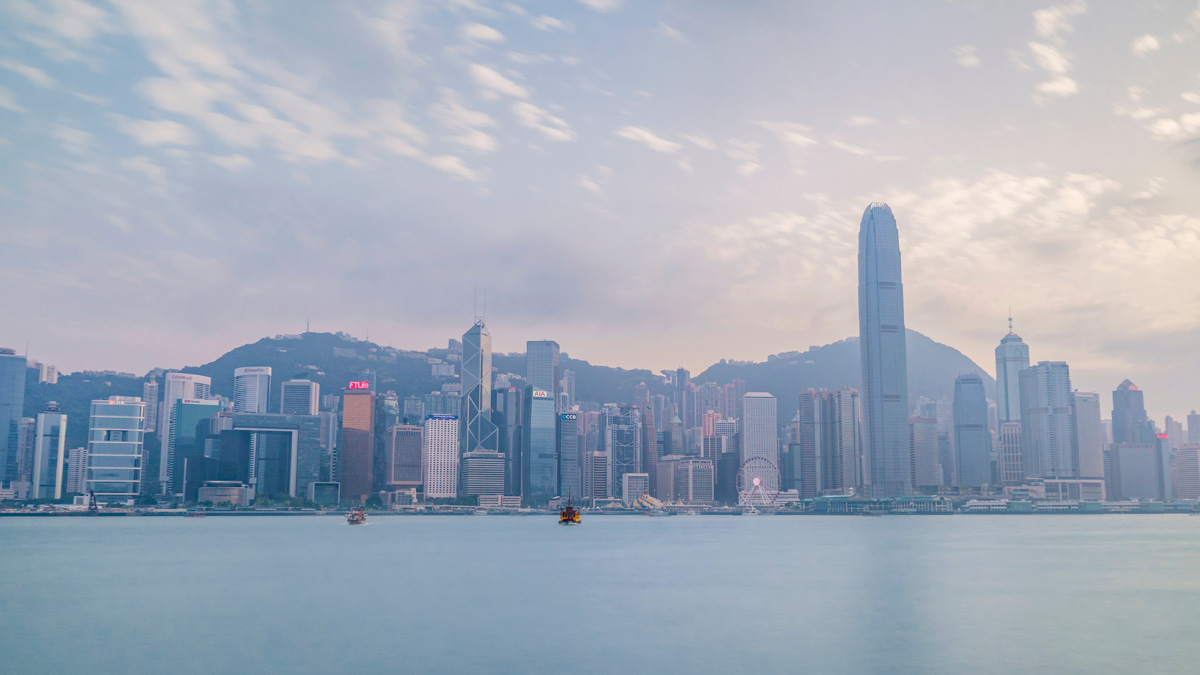 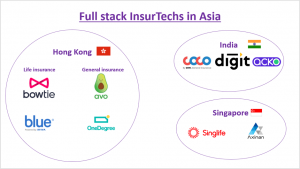 Technology press frequently covers EU-based “challenger” (fully digital) banks such as Monzo, Starling and N26. However, neo-insurers in Asia are commonly overlooked with the exception of ZhongAn Insurance.

Going down the route of becoming an insurance carrier provides flexibility for product innovation, allows for shorter time-to-market (once established) and builds credibility with channel partners. However, the process of securing the licence can be onerous and expensive – entrepreneurs are required to lock in large sums (for Hong Kong, HK $10M) as initial solvency capital.

Following the launch of its InsurTech Sandbox in September 2017 [1], the Hong Kong Insurance Authority (IA) has begun issuance of digital insurance licences under a fast track scheme.

Avo Insurance seems to have hit the ground running by announcing its first three product lines [3]:

Reading between the lines

Whilst then news regarding the launch of Avo Insurance is quite fresh, there is a lot to unpack:

A message from me

Avo Insurance is brand new so there isn’t a lot of information to work with. I’ve put across some questions above – I’d love to hear your thoughts in the comments section! Also, if you haven’t listened to the Asia InsurTech podcast yet, I’ve discussed this news item in some depth with Michael and Theresa [9]

Some observations regarding Bowtie Insurance

On 1st April 2019, Hong Kong rolled out VHIS – a government backed scheme to incentivize purchase of private health insurance to reduce the burden on public healthcare systems [13]. Over 1.5M HK residents are expected to sign up to this scheme in the coming months; Bowtie is one of the 11 insurance companies approved to distribute VHIS products.

VHIS covers residents for up to HK $420,000 in expenses up till the age of 100 years. The scheme is estimated to cost the government HK $10bn by offering tax incentives of up to HK $8000 for the purchase of VHIS. Research from AXA HK suggested that 82% of respondents would purchase VHIS and 49% of respondents felt private plans would offer better care.

The Bowtie edge: Standardized products are any neo-insurers dream; brand history doesn’t serve as a competitive moat here – mere price does. Bowtie is uniquely placed, as a virtual insurer, to have a much lower cost base which translates into lower premiums as depicted below.

In addition to offering competitive rates for VHIS products, Bowtie boasts of a fully digital claims experience and a loyalty programme called BowtieCash. It goes without saying that Bowtie might be in a competitive environment but it has a clear edge in a large market (1.5M people out of HK’s 7.3M population!) with large adjacent markets (think of cross-selling other insurance in the future).

Due to the Tencent investment, Blue seems to have adopted the “We” term in some of its products (recall that Tencent owns WeChat and insurance entity WeSure [16]).

At the time of launch of Blue Insurance, CEO Charles Hung Tak-chow was quoted saying that Blue allows Aviva to side-step the traditional broker channel and go direct to customer (in some cases, the agency channel costs 70% of first year premiums). [17]

Pet insurance focused start-up OneDegree is in advanced stages of securing its virtual insurance licence from HKIA. [18] The firm raised an additional $4.5M in May 2019 to bring its Series A financing to a total of $30M [19][20](notice how it’s the same amount as Bowtie’s Series A round!)

Once it secures the licence, OneDegree will initially focus on medical insurance for pets (specifically dogs and cats). With a 3% penetration rate of pet insurance amongst dog owners and with 510,000 dogs in HK alone, OneDegree is entering a large initial market!

Some observations regarding neo-insurers in HK

After the FCA in the UK and the HKMA, the Monetary Authority of Singapore (MAS) is the most forward-looking regulator. Singapore seems to be following in the footsteps of Hong Kong with the issuance of 5 digital banking licences in June 2019 [21] (HKMA released 9 in two tranches – March 2019 and May 2019 [22]). This makes me wonder – when will the MAS issue virtual insurance licences?

The short answer is – virtual insurers are already present in Singapore; the obvious one is SingLife and the less obvious (& more recent) one is Axinan.

insurance company has raised $123M till date and is valued at $360M. SingLife is backed by Aflac Investments and Aberdeen Standard Investments. 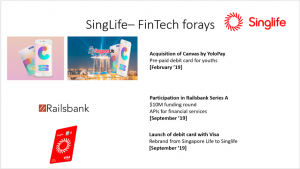 Aside from its life insurance and newly launched cancer insurance products, SingLife is actively foraying into the FinTech (and broader finance) space with:

In a radio interview on Money FM 98.3, SingLife CEO Walter provided excellent insights into the rationale behind this move into the FinTech world [24]. The SingLife account will bring together 3 primary aspects of finance into a single place – savings, spending and protection.

This is a good time to review Nigel Walsh’s “cake” article [25] to get context on why SingLife might be landing a masterstroke here by bundling these propositions into a single account! Nonetheless, Walter and team will be launching the product at the Singapore FinTech festival!

Pre-registrations are open; early access for the first 20,000 customers – if you’re based in Singapore, do sign up!

Founded by early Facebook engineer and ex-Grab CTO Wei Zhu, Axinan is quickly becoming a force to reckon with in South East Asia. In an earlier blogpost, I highlighted that in August, Axinan acquired a combined insurance and reinsurance licence from Labuan FSA [26].

Beyond Malaysia and Singapore

It is important to realize that the reinsurance aspect of Axinan’s licence will allow it to roll out insurance products in new geographies with significant ease. Expansion into new markets would require a local fronting carrier who would then pass on risk (reinsurance) to Axinan Labuan. This is in stark contrast to what an insurance intermediary is capable of doing.

Thus, expect Axinan to move rapidly beyond its home turn (Singapore) and Malaysia (where it has secured the Labuan licence.

In addition to its Labuan licence, Axinan has a strong offering within both the D2C and B2B insurance segments:

In part 1 of this two-part series, we’ve looked at full stack InsurTechs in Hong Kong and Singapore. Next week, we’ll look at India and dive in deeper into comparing the full stack approach to a broker and MGA model.

I will leave you with three questions:

Are neo-insurers the new avatar for incumbent insurers?

Both Avo Insurance and Blue have an insurance incumbent has a majority equity owner – Asia Insurance and Aviva respectively. Are neo-insurers really challengers to incumbent insurers?

This might not be always true – SingLife and Bowtie have insurance incumbents with minority equity positions on their cap table. Whereas, Axinan does not have any!

Are Digital insurance subsidiaries the solution to incumbent problems?

Are neo-insurers spun out as subsidiaries by incumbents an attempt to leapfrog legacy technology and avoid agent backlash? Doing so seems like a nice way to not have these problems!

Will it be digital insurance subsidiaries like Avo and Blue or will it be true challengers like SingLife, Bowtie and Axinan?

I’d love to hear your thoughts!

This article does not constitute investment or any other form advice. The author bears no responsibility in the event of financial or other loss arising from actions taken by the reader or any related party on the basis of information represented in this article. The author does not have any financial interest in any firm mentioned in the article above; this article is produced for educational purposes.

For any further queries or complaints, kindly email me at r.d.mathur@accenture.com

Photo by Jimmy Chan from Pexels 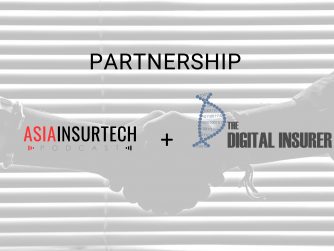