In this AIP News Roundup Theresa, Michael and Rahul are discussing the latest news from early February. GoJek has partnered with PasarPolis to launch GoSure on its 3PP platform. Grab in the meantime has acquired Bento, a Singapore-based wealth-tech Robo-advisory startup.

Lots of news coming out of India again. Acko is about to raise around USD 4.2 million in venture debt after raising USD 35 million last November. WhatsApp Pay has granted NPCI permission to roll out its payment service in a phased manner. The first phase will cater to 10 million users in India. And in more regulatory news, insurance regulator IRDAI is developing a concept paper on standalone micro-insurance companies. Maybe we will soon see new rules for micro insurers operating in India.

In the more mature markets in Asia, traditional insurance companies are speeding up the digital transformation of their operations and services in partnership with startups. In Korea, Samsung Fire & Marine Insurance and Kakao Pay, a fintech spin-off of mobile messenger giant Kakao, together plan to set up an online-only insurance company this year. Just after Hanwha’s Carrot General Insurance received their license in January 2020. In Singapore, we see lots of movement in wellness and health prevention products. Aetna partners with Prenetics to offer DNA testing as part of group benefits, Axa announces a partnership with Classpass and Great Eastern launches FitAge. 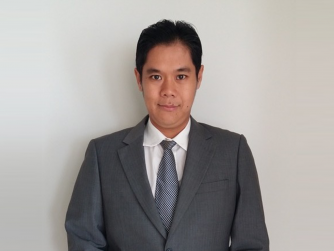 In this episode, Michael Waitze talks to Yen Ming Lee, co-founder and CEO of PolicyStreet. In 2016, the Malaysian InsurTech started as a...

In this episode of the AIP News Roundup, the team talks about MicroInsurance, InsurTech in Singapore, and APIs. Riskcovry, an Indian based... 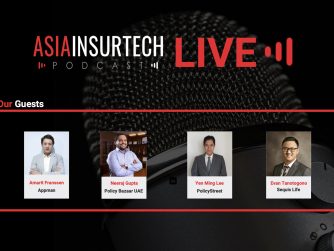 What is the impact of COVID-19 on insurance distribution? With no face-to-face meetings possible in almost all countries globally, how are...